I think I first fell in love with the way Japan tells stories. I’m an actress, so stories are very important to me. My interest started with the Hayao Miyazaki film “Howl’s Moving Castle,” then branched off into film, TV, novels, Kabuki, Anime, Noh… I wanted to discover the culture that created the stories I loved. When I arrived in Japan, I felt that I was home. Now I get to tell stories here too! 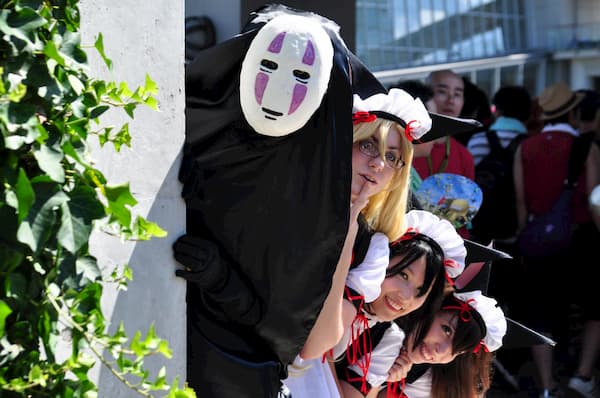 I was very active in school plays and musicals from elementary school on wards. That was when I discovered I was an actress. I auditioned for my first professional musical at 16 and booked the role of Sister Leo in ”Nunsense.” I had to learn ballet and tap dance for that show, so it was hard but very fun! I got a degree in theater and now here I am!

In Japan, I did a play with Tokyo International Players (TIP) where I was a leading role. Through that show I met agents and professionals who recommended me for narration and acting work around town. I worked very hard in the beginning, but I also had a lot of people who supported and believed in me.

My first play with TIP was The Crucible in which I played Abigail. I was also, Jo in Little Women, The Witch in Into the Woods, and recently Baroness Bomburst in Chitty Chitty Bang Bang. 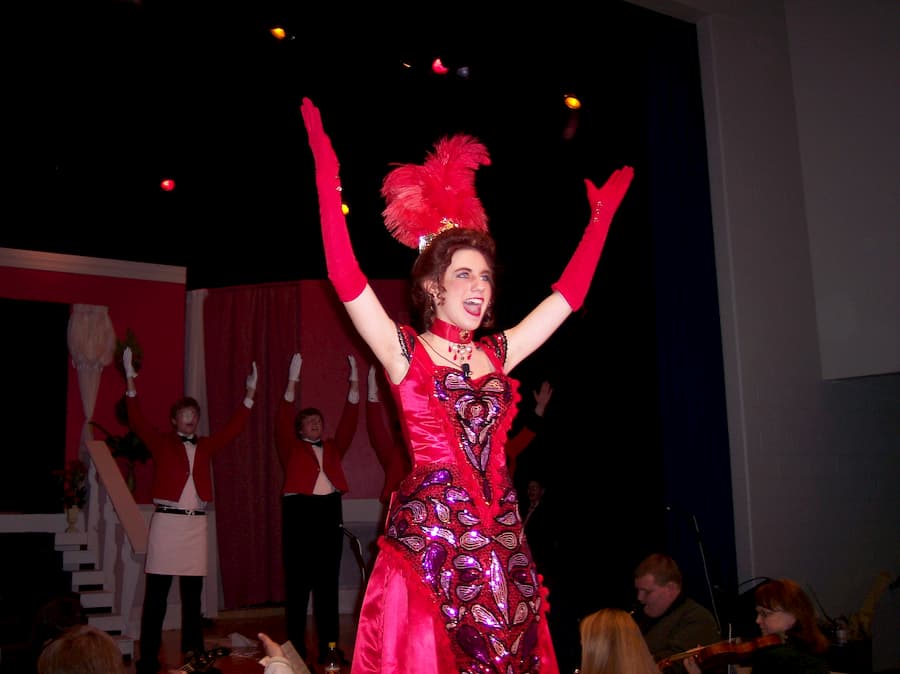 I have already performed with one of my idols, Matsuda Shota!
I first came to admire him in University when I was studying acting. I watched Liar Game and became a big fan. For many years I watched all his movies and dramas. I thought he was extremely versatile, able to act comedic roles, dramatic parts, cool characters, and nerds! He can do anything. And his presence on screen is very powerful. I was very happy the day I filmed with him, because he was very kind and easy to talk to. His English is extremely good, and he is a gentleman, so it was a very pleasant afternoon!

My marriage was in the news! I never expected that sort of thing to happen to me.
At first my husband and I just ate out all the time! I’m afraid we spend too much money at restaurants! I was always a very stingy person, but my husband taught me that it’s ok to travel and have fun. So I’ve gone on more trips because of being married.

But I don’t hang out with groups of friends as much because I’m happy just being with my husband. So I think I’ve become less social!

As for getting married to a Japanese national, there was a lot of paperwork. It took a while to get everything finished. But I’m very happy to be on his family registry. It makes me feel close to the country that is now my home. 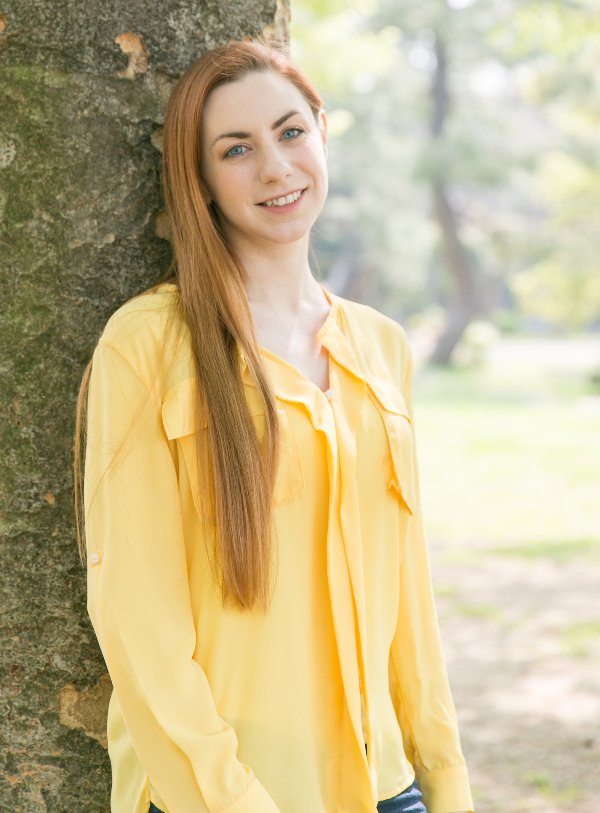 Is there any place you want to visit in the world?

Jerusalem.
I love Jesus and the Bible. So I would like to go to the city where so many significant things took place. Many people who go, say that it is a powerful place, and I would like to experience that too.

I heard that you are a bit of an otaku. Tell me about it.

I am a little bit of an otaku. In university I did cosplay and went to conventions. My favorite Anime/Manga of all time is “Fruits Basket” by Natsuki Takaya. It resonates with my soul! My favorite character is Yuki! The manga carried me through a very hard time in my life. I owe Takaya-Sensei so much! Now that there is a new Anime, I study Japanese by reading the Japanese manga and watching the new episode every week.
I love it! >_< 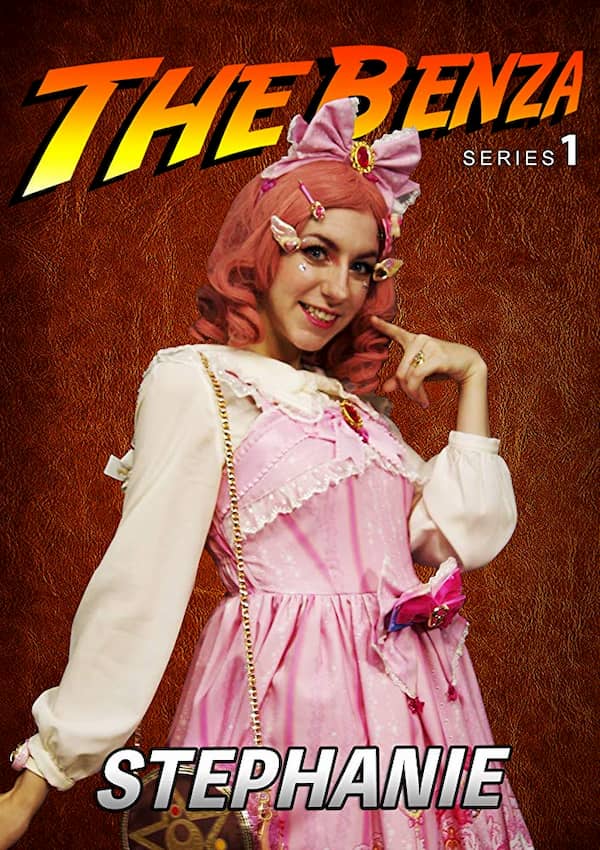 Tell me about your No.1 gig in Tokyo?

It’s “Hanako to Anne”.
It was my biggest TV role and opened career doors for me. But even more important is that I loved the story, and I loved my character. I understood Miss Scott’s heart and worked hard to express it. “Anne of Green Gables” is one of my favorite books of all time. So of course, the story of how Anne came to Japan is important to me!

The song “The Water is Wide” in this drama is memorable. Any episode about it?

I first sang that song in my high school choir the year after I lost my first love. For that reason, for me, it was always a song about my love. When I learned I would sing it in the drama the same year that I married my husband it felt almost too perfect. When I sang it in the drama I sang it with my husband in mind. I put my heart into that song. 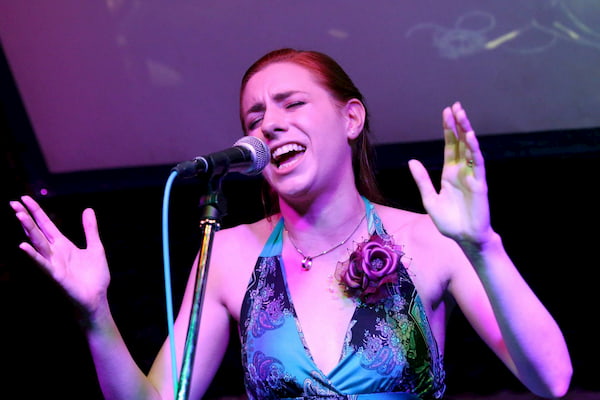 Many of my dreams have come true! So I can’t complain! But if I could have one wish granted, I would wish to do more stage musicals. Anywhere is fine: Japan, America, England. I just love the stage, and I still have many musical roles that I dream of playing that are: Eliza In My Fair Lady, Anya in Anastasia, Anna in The King and I, and Belle in Beauty and the Beast! 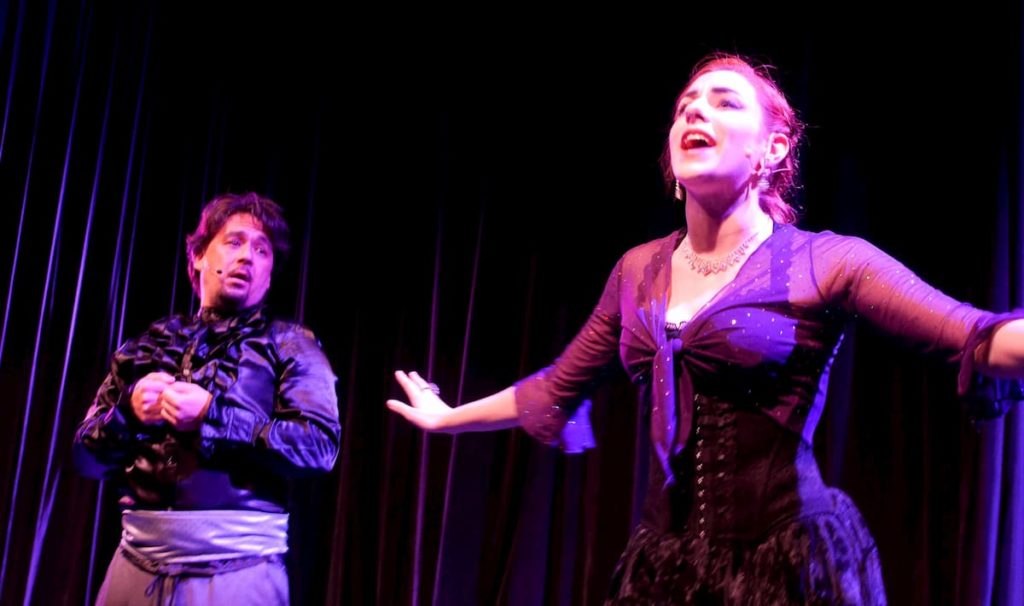 Any advice to people overseas who are coming to Japan for entertainment work?

In order to make a living as a talent here you much have a lot of different skills, and do a wide range of jobs. So train your voice and your body. Take performance classes. Do not depend only on your looks.

Also, you need to be very organized with your schedule! If you make too many scheduling mistakes people will stop hiring you.

And last of all, be kind, positive, and polite. On every job you are part of a team. Show support and respect to everyone on the team, since it takes hard work from everyone to create a good product. Don’t try to be a star, just try to produce good work! 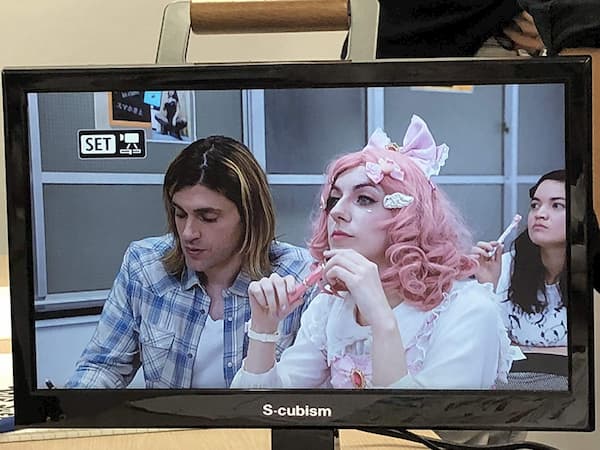 (日本語) 【MY STORY】ボディメイクで内側から美しくーベストボディジャパンでグランプリ受賞モデル・タレント カロリーナ
【MY STORY】MANDY B.BLUE, the Spanish artist debuted in Tokyo chasing her dream
【MY STORY】Sefa Rina, Achieved Her Dream in Japan.
【MY STORY】An American Actress in Japan – Hannah Grace Falling In Love With Japan’s Pop Culture.
【MY STORY】Mr.Happiness Roberto G, An Actor Who Always Makes People Smile

【MY STORY】Michael Keida, An Active American Who Runs Own Organic Farm
【MY STORY】Jason Brock, The X Factor’s finalist, bringing LGBTQ+ understanding to Japan
【MY STORY】己の殻を破り、モデルとして挑戦の一歩踏み出した ケイト・J
【MY STORY】Janni Olsson Nature Lover and World Traveler.
【MY STORY】Kyla, An Artist Who Never Compromises On Her Perfect Creations