It all started with a trip to the school library during my freshman year of high school. One
day during study hall I was particularly bored and, seeking distraction, I began to wander
through the rows of books in an effort to pass the time. Somehow, I made my way to the
section on foreign countries, and for some reason I felt instinctively drawn one book
entitled, “Japan: A Cultural Atlas”. I took it from the shelf and started flipping through the
pages. Gorgeous landscapes of green mountains covered in mist with temples peeking out
above the clouds, neon lights of every shape and color adorning the Shinjuku nightscape
and steam rising from hot springs tucked away in deep snow covered mountain valleys
known only to locals were just a few of the gorgeous scenes portrayed in the book upon
which I was transfixed. Something deep down in my soul was awakened that day.

Fast forward several years to my senior year of college where the time to make a decision
about my post-graduation plans was fast approaching. At the time I was considering
applying to medical school, or seeking employment in the private sector, but neither option
seemed super appealing at the time. I decided to ask my Dad for his opinion, and was very
pleasantly surprised when he recommended that I take this opportunity to travel, “You’ve
always been interested in Japan, so why not go there?” Intrigued by this, I looked into it and
found out that there was a nearly constant demand for native speakers of English, so I
quickly secured a job offer with a company and was off to Japan!

When I first arrived, the most profound realization I had was that I was unable to read
anything at all; looking at the endless row of shops on either side of the busy city streets it
immediately became painfully clear to me that I couldn’t tell the difference between a
hardware store and a café. While some might find such an experience to be overwhelming
and even intimidating, I was struck with childlike awe and fascination; this was an
opportunity to dive headfirst into a sea of unexplored wonder as I worked to decode the
world around me. My job teaching provided the perfect setting for me to interact with
people, study the language and gobble up new information so each day was an exciting
adventure as I accumulated new knowledge and refined my language skills.

I met my wife shortly after arriving in Japan, and soon knew that I wanted to make my home
here. During my fourth year as an English teacher I became a Japanese citizen, and it was
around this time that started to think about what I wanted to do in the future.

*While working a part-time job at a Chinese restaurant when I was a university student in
the US, I once lopped of the tip of my thumb and rushed to the ER of a nearby hospital.
Spellbound as I watched the young physician carefully suture my severed thumb tip back
into its original position, it was at this moment that I knew that I wanted to become a
physician.*

As a teacher I was fortunate to teach many physicians and medical students in my classes,
and so medicine was a frequent topic of discussion. I began to think about the prospect of attending medical school myself, but because I had chosen to make Japan my home
however, going to med school in the US did not seem like a particularly viable option.
It was then that I had the wild notion of applying to a Japanese medical school, but was this
even possible?! After doing some research I decided to give it a try.

On my first attempt (a dry run with hardly any preparation) I sat for exams at a few different
med schools to gauge the atmosphere and had my head handed to me. On my second
attempt however, I switched on the motivation which had fueled my language learning and
began studying like a beast. My wife increased her shifts at work so that I could quit working
full time in order to concentrate on studying (6am to 12pm morning session with a brief
lunch break followed by another afternoon-evening session was the routine)
Thankfully my efforts paid off as I was accepted into medical school at a public university,
and I became a university student for the second time in my life.
I graduated from medical school, passed the national licensing exam and have since pursued
plastic surgery. 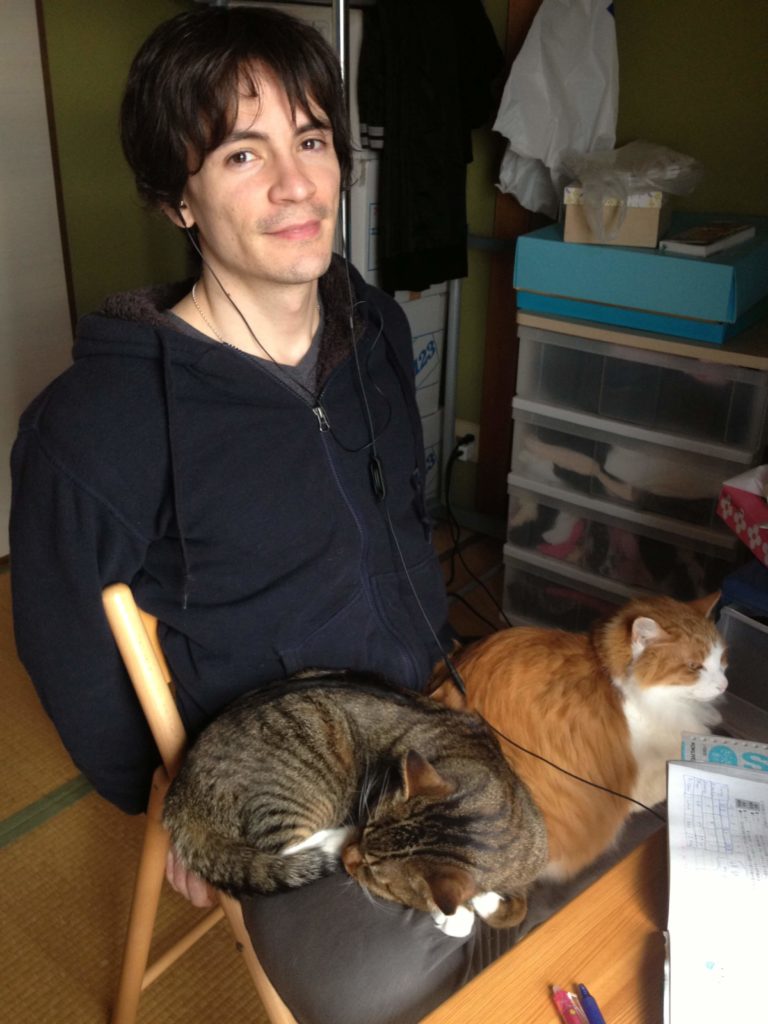 After working in the field of medicine for several years, I started to feel an intense desire to
cultivate my artistic side and engage in creative self-expression, which is the reason I joined
Free Wave.
I have very much chosen the road less travelled throughout my life, and it has made ALL the
difference.
I love being active and ever since I was a baby, I have been a moving ball of energy. Not
knowing what to do with a one-year old who walks on top of fences and bounces off
second-floor windows screens, my mother decided to enroll me in a local gymnastics school. 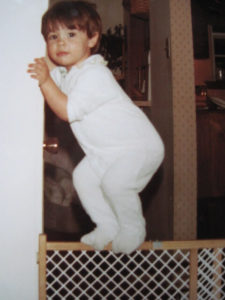 She could not have made a better choice as I was soon doing handstands, handsprings,
backflips and later competing in (and winning) junior championships.
I started weight training/bodybuilding when I was a university student in the US, and I
continue to train 4-5 times a week.
My wife and I went vegetarian and we have both since become vegan. 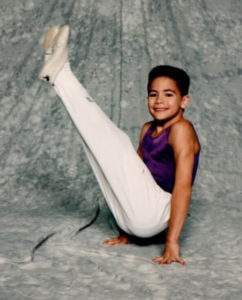 Going forward I hope to help people find out who they really are and give them the tools
they need to live as the best versions of themselves by helping them discover their own
limitless potential! 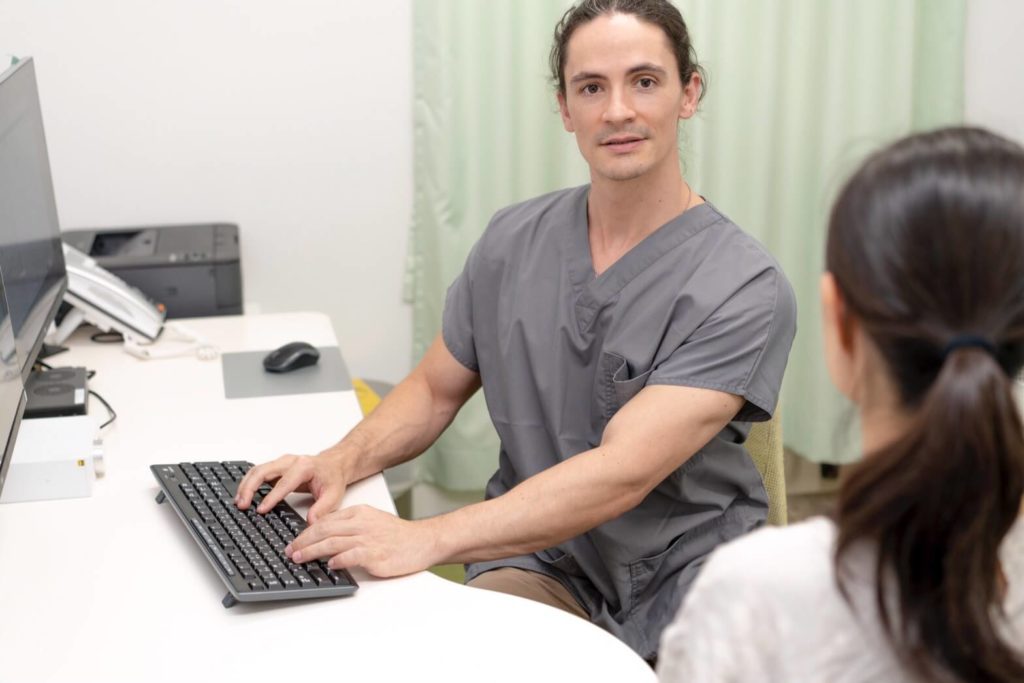 “Evolving as a singer and actor in my favorite Japan, I want to deliver happiness to many people.” Roberto G, from Barcelona, Spain, is a singer and actor whose charm is a warm and friendly personality. He has a background in the Gospel Group as a tenor singer and has appeared in many music programs using his overwhelming voice volume. I love Japanese culture and play the shamisen and koto. Mr. Roberto G, who brightens the surroundings with his “happy personality” spoke to us about his passionate story.

【MY STORY】An American Actress in Japan – Hannah Grace Falling In Love With Japan’s Pop Culture.
【MY STORY】Saskia Thoelen, A Belgian Girl Walking The Path Of Intermediator For Kimono, Art and Japanese Culture
(日本語) 【MY STORY】世界一の日本人女性を輩出したビューティー界のカリスマトレーナー スティーブン・A・ヘインズ（最終回／全3回）
【MY STORY】MANDY B.BLUE, the Spanish artist debuted in Tokyo chasing her dream
【MY STORY】Mr.Happiness Roberto G, An Actor Who Always Makes People Smile