What made you to come to Japan?

I came to Japan because I love Japanese movies and want to be a part of Japanese cinema history. As I grew up, I learned that Japanese pop culture has been an influence on my life since I was very young. I wanted to come to Japan so I could feel closer to that, which is like being closer to myself.

How did you get influenced by Japanese pop cultures while in the US?

I got started in entertainment because it’s the only thing I can do. I wanted to be a director in high school, but then I learned that I love performing in theater. So I started to make my own short films and kept doing theater and eventually did feature films and commercials. Now I know that acting and performing is what I have to do. 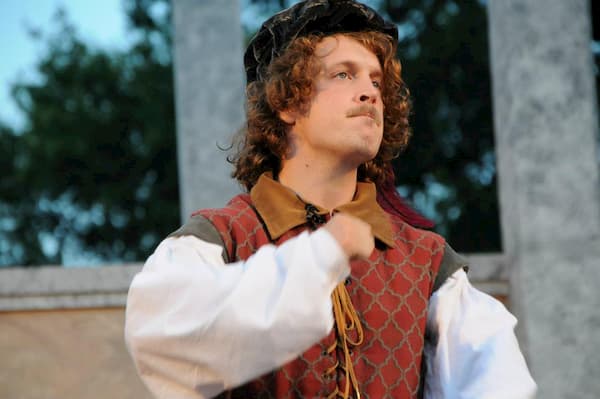 How are you able to act such a strong character?

I love comedy and physical humor. I used to stand in front of a mirror and just make faces at myself. After a performance, I want to feel like I almost died. Then I can be satisfied with myself, that I gave everything out there to make people feel something and laugh!

Is there any particular program or a talent that you want to be in/perform with?

My favorite actors are Tadanobu Asano and Susumu Terajima. Their acting style is raw, natural and so subtle. Completely different than what I learned.
If I can be in something with them, my life will be complete.

I actually had a chance to meet Asano Tadanobu at a shooting and I approached him after the scene and told him he was my hero. Haha! He is nice and humble and so cool. He is a normal person who loves what he does. I talked to him for just a few minutes, but I was inspired.

Is there anything you cannot still understand about Japan/Japanese?

I am trying so hard to understand the Japanese sense of humor. Why do they always hit each other, and why does everything have to be explained? Haha!!

Any advice to foreign people who want to start his/her acting career in Tokyo?

Learn Japanese!
Have fun!
Be nice!
Be on time and don’t complain unless you almost die!
That’s my advice.

If you became a millionaire, what would you do first?

My dream is to pay all my bills on time with the money I earn by making people have a good time! 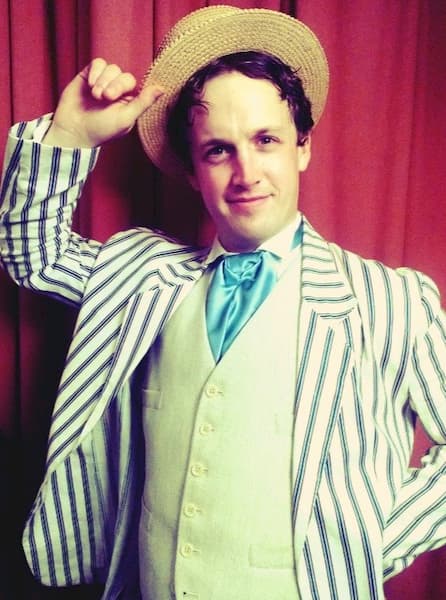 “Evolving as a singer and actor in my favorite Japan, I want to deliver happiness to many people.” Roberto G, from Barcelona, Spain, is a singer and actor whose charm is a warm and friendly personality. He has a background in the Gospel Group as a tenor singer and has appeared in many music programs using his overwhelming voice volume. I love Japanese culture and play the shamisen and koto. Mr. Roberto G, who brightens the surroundings with his “happy personality” spoke to us about his passionate story.

【MY STORY】MANDY B.BLUE, the Spanish artist debuted in Tokyo chasing her dream

Amanda A from Spain is active as a musician, voice actor and model. She came to Japan because she loves Japanese anime and won the Anime Song Contest. She made her CD debut in 2016 and continues to expand her range of expression by creating lyrics that mix Japanese, English and Spanish and forming rock bands. We approached her charm of respecting music and anime.

【MY STORY】Mr.Happiness Roberto G, An Actor Who Always Makes People Smile
【MY STORY】Jet, the eclectic music geek with a love of Japanese music.
【MY STORY】Joel D, a super bright & humorous American performer
【MY STORY】Michael Keida, An Active American Who Runs Own Organic Farm
(日本語) 【MY STORY】世界一の日本人女性を輩出したビューティー界のカリスマトレーナー スティーブン・A・ヘインズ（最終回／全3回）