Great posture, great on-camera skills, and fluent Japanese. It is only natural to assume you would keep landing on roles if you are someone like that.

It is definitely true that your skills play a great role in getting you jobs.
Having said that, there are people who just don’t seem to stop receiving offers.

The key is how to make the client happy.

Many jobs come from a repeat client.
They remember your face more than you do theirs because they constantly see you through photos and audition tapes.

For that reason, the rumor will spread if you do some of the taboos.
On the other hand, a good rumor will equally spread quickly if you show your professionalism.

Well, then, what do you specifically have to do, you might ask.
Don’t worry. We will be talking about it all in this article.

5 Don’ts While Being On Set

The more you get used to being on-set, the more things you think are OK because everyone else does it.
That’s exactly why we want you to tighten the grip.

You probably found out soon after working in the industry that there is a lot of time you spend waiting around and you may have started taking pictures.
But it is usually strictly prohibited.
The reason why is that it may serve against the sponsor’s interests if you do disclose information that hasn’t been made public yet.
Such information covers a wider range of things than you think including stars, wardrobe, set design and details of the product.
It is also risky to assume something is irrelevant because, in the era of social media, companies are getting more and more anxious about photos themselves.

Put pictures aside, there are people who get deeply focused on games or talking to their friends that they don’t even realize they are called on-set.
It may be wise not to bring phones on-set. 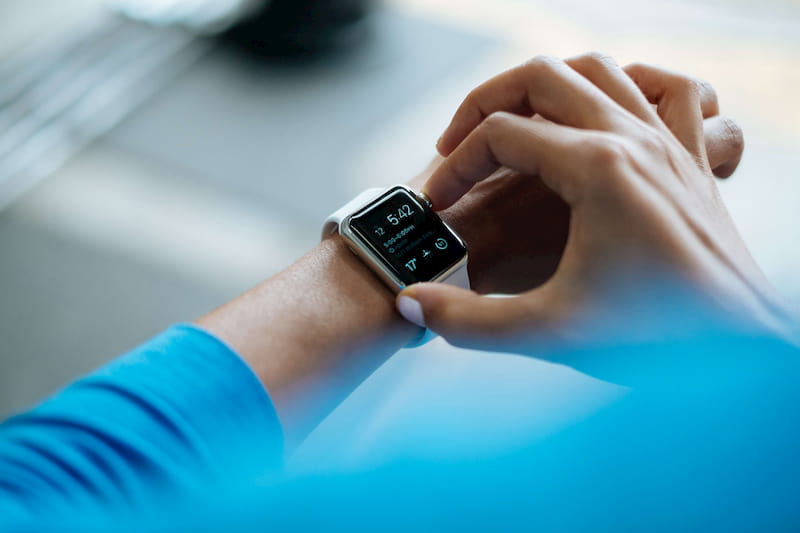 Being late directly puts you a label as being not professional.
You will also end up damaging the trust of your manager if you do not tell the truth about exactly how far you are.

You need to tell them exactly where you are and how much longer it will take you to get there with honesty and make an apology once you arrive.

Needless to say, it is unacceptable to be late without communication.
People cannot count on you anymore if you are late and they can’t get in touch with you.
Whatever the reason be, let the manager know and keep yourself reachable at all times. 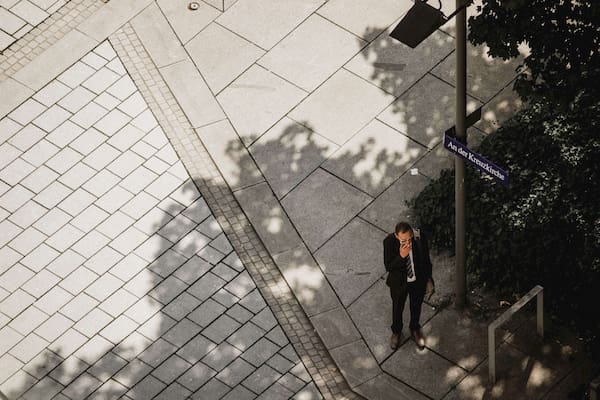 Often times, you are spending a lot of time waiting around.
You may be tempted to leave the set for a small break.
It may be just for five minutes but if you hit the wrong timing, you end up keeping people waiting for a long time.
Always make sure with a crew member if it is the right time. 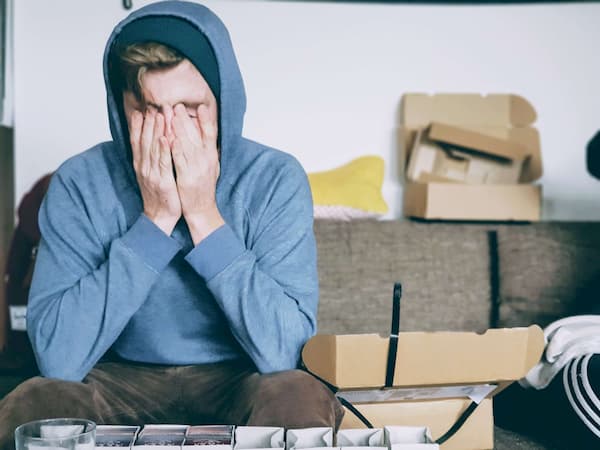 One of the hardest things about modeling is being kept waiting.
Early call and no decent breakfast and being kept waiting around for the longest time. You’ve probably found out by now that this is not so uncommon and you have all the right to be frustrated about it.

But do not lose your temper.

Think it this way. It is your chance to show that you are better than others.
If you take it as getting paid for nothing, it wouldn’t get any better, would it?

Don’t forget to be appreciative of the craft service.

Maybe bring your own food, something to study with or anything to make your wait worthwhile. 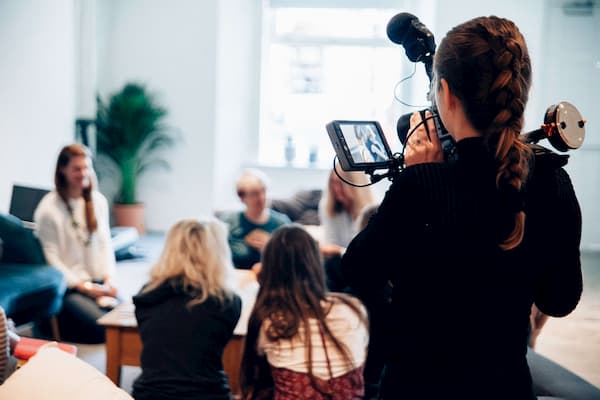 In addition to the above, even if there is no bad intent, it may make the mood bad or cause trouble for the client.
I asked the managers about some real stories.

“There was a person who didn’t wear deodorant, and after the shoot, the body odor remained in the outfit and I was told to compensate for the damage.” (Manager A)

“When an actor landed on a featured role, he did not remember his lines at all. I was disappointed by the low professionalism” (Manager B)

“The extras were so noisy that they could not hear the director’s instructions, and we got complaints” (Manager D)

“The size has changed and the clothes didn’t fit. The shoot was for a fashion catalog. I couldn’t stop my cold sweat.” (Manager E)

Complaints can come in unexpected forms.
Depending on the situation, not only will future work be jeopardized, but the manager will see him as a “risky person”. *

You may think it’s OK but it may not.

The more you get used to, the more likely you are to do small things, so make sure you won’t be that person.

It May Be The End of Your Career?

What happens if you do something like the following?
Of course, blacklisted as soon as they find out about it.
Here is the bad behavior that you absolutely want to avoid.

Do not come to the shoot

What happens if you don’t show up?
The production spends a lot of money preparing the studio and crew, but if there are no actors, everything will be ruined.
You will certainly be blacklisted when they can’t get in touch with you with a no-show.
There is also a story that an agency was not able to find a substitute, and was asked for compensation.

One model who later got blacklisted is late for work saying “I’m not feeling well”. The smell of alcohol still remained, and obviously with a hangover …
He lost the trust of the agency and he was never called again. 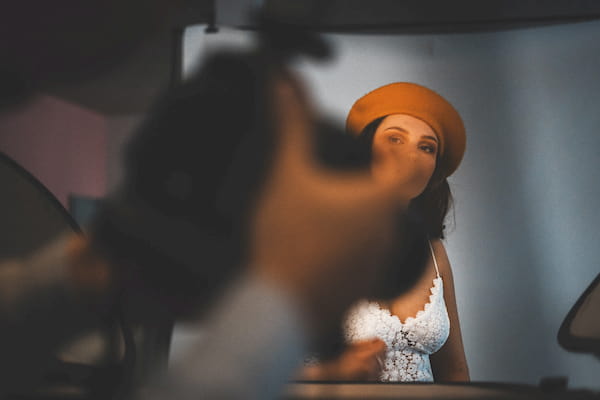 “The veteran model S never complains on set. Even when it snows, even when she wore a swimsuit on the beach, she worked hard for a long time, and I and the client were impressed. Then the client always names her ever since. ” (Manager E)

“At a long music video shooting. While there are a lot of models, model P was the first to raise her hand when the client called out,“ Can we have 3 people to stay? ” “I’m not the cutest, so I have to do my best at this time,” he said with a smile and worked hard after that. I was very proud as a manager. ” (Manager F)

“In acting job, not only he remembered his lines but he has been practicing in various patterns, anticipating what kind of request the director will make. I respect him.” (Manager G)

“C, who has a high level of professionalism, says she does eat nothing after 5 pm on the day before when there is a model shot. This is because it leads to swelling and physical condition the next day.” (Manager F)

One of the keys to becoming a model that gets called back again is doing the obvious things as a professional, putting their hands for things people wouldn’t like to do, and never show an unpleasant face.

Always be grateful and make every effort to do what you can do is the key.
Of course, you can share your hardship with managers, but don’t forget that there are people who are always watching on set.

How to Spend Time 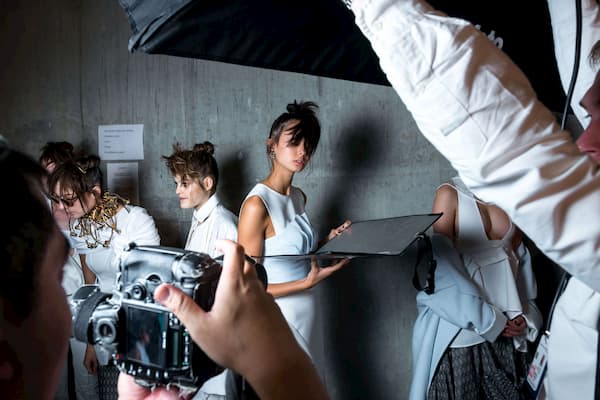 Introducing a perfect model day loved by any client.

・ Check how to get to the meeting place and the required time.
(In case of a train delay, set the arrival time early.)

・ Be prepared for the next day, set the alarm, and go to bed early.

・ Don’t drink because swelling and smell may remain!

・ Text to the manager after getting up early.
・ Complete the preparations that have been said in advance, such as shave and hairstyling.
(Bring styling gel and a shaver just in case.)
・ Arrive 10 minutes before meeting and meet with managers and clients.

・ At the location, greet the client with a smile when you get a chance.
・ Please bring extra wardrobe just in case. Ask managers and clients to make decisions.

・ Put your smartphone in the waiting room and wait for a quiet time by reading while waiting.
・ Check with the manager for overtime
・ Smile to the end. After completion, greet the director, sponsor, and staff with a smile and leave a good impression.

・ Remove makeup in the makeup room and return all outfits to the stylist.
・ Check for any lost items before leaving.

・ Report to the manager about wrap time and shoot.

The things we mentioned can seem obvious but the more you get used, the more likely you end up doing those things.
Of course, it’s natural to oversleep unexpectedly or get frustrated depending on the situation.
However, your reputation will be determined by the action at that time.
Let’s keep in the corner that your reputation will be improved by doing what everyone can’t do, not “everyone is doing .”

【MY STORY】MANDY B.BLUE, the Spanish artist debuted in Tokyo chasing her dream

Amanda A from Spain is active as a musician, voice actor and model. She came to Japan because she loves Japanese anime and won the Anime Song Contest. She made her CD debut in 2016 and continues to expand her range of expression by creating lyrics that mix Japanese, English and Spanish and forming rock bands. We approached her charm of respecting music and anime.

How To Find Your Successful Career in the Japanese Industry Part 2
Model’s Guide for Do’s and Don’ts at Audition
8 Keys to Find a Legitimate Agency for Aspiring Models
Four Reasons Why You Want to Be a Exclusive Model (Restriction, Promotion and More Opportunities)
Where Is the Money? Real Experience from a Freelance Model.