A message of all foreigners living in Japan: From Mama Amia
A survival column to you in Japan–those working so hard, trying, sometimes succeeding and other times not–words of encouragement along with a strict “buck up” from your home-away-from-home mother-figure. Mama Amia shares everything from mental health survival tips to how to take out the trash. Come back to this column regularly for your virtual check-up. (Japanese readers welcome as well!) Today She is talking about “my coping method.”

Give me 90 seconds, please. After reading that, I promise I won’t go on and on about who I am for awhile.

A little background. I’ve lived in Japan for about 25 years. I was born in Tokyo and lived in Japan my first 18 years. I went to both Japanese public schools and international boarding schools. We spoke English at home, and Japanese outside the home. I “get” Japan because I grew up completely immersed in it. 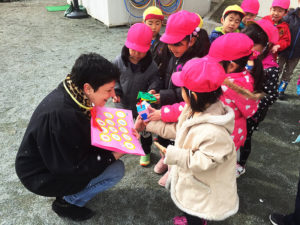 I lived in the US since I was 18 but decided to come back in 2011 to volunteer in the aftermath of the disaster that struck northeastern Japan. I’ve lived in Japan since.

The past eight years have not been fun. Or easy. I’ve done incredibly intense, meaningful work. I worked very hard and accomplished a lot. But, I would never say it was fun. The topic that brought me here–a huge natural disaster–combined with the fact I was working in an active disaster area with people who were going through varying levels of hell, it never occured to me I could play or have fun in this environment. I sped full force towards incredibly high expectations, achieved phenomenal results, and got royally burnt out. So, no. The past eight years were not fun.

Did I have a sense of accomplishment? Of course.
Was I happy? No.

Okay. That’s my 90 seconds. Thanks for reading that.

Why did I share this with you? I’m guessing there have been times where you, too, have been frustrated by the rules and customs of Japan, not understanding what’s happening around you or why. Sometimes it just feels like it’s too much. Sometimes it goes far beyond “too much”. I get it. I felt that, too.

What’s important here is a coping method. A coping method is a method to release your stress. How you release your stress is important. If you keep telling yourself “I’m fine” you will pay for this later. If you feel like all this is “too much” ask for help. There’s nothing to be ashamed of, this feeling of “it’s all too much”. Asking for help is key to getting through it. Trust me on this.

I’ll say this again: I worked too hard. I didn’t play. It didn’t occur to me to play. I didn’t accept the fact I was overwhelmed, exhausted and focused instead on the fact I was doing good for others. I ignored my own needs. I wanted to be happy, of course. It just never occurred to me to figure out what that might be. What did I like? What would make me happy? I didn’t know, and I didn’t bother figuring it out.

I missed home. I missed the comforts of home. I missed specific food. Things I could make on my own like macaroni and cheese, waffles and chocolate chip cookies were important. But, it’s what I couldn’t find in Tokyo that I missed most. What were these? Mexican food and pie. Why there is no decent Mexican food restaurant in Tokyo is beyond what I can understand but I’ve looked, failed, so I’ve given up. Instead, I eat my fill of Mexican food when I go back to the US.

But. But. Pie I can make. Trust me on this. I make good pies. My pies are not the mean pies you’ll find in Australia and New Zealand and in the EU. I’m American so pies are sweet. They’re desserts. 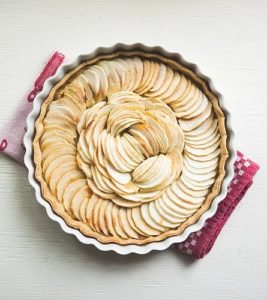 I very quickly realized how much the scent of baking pies was truly healing and therapeutic for me. The scent of butter and cinnamon and sugar baking. This soothed me. I could bake it and eat it; scent and taste. What’s not to love?

My coping method is scent. That moment when I realized how much better I felt with the scent of home–my mother’s kitchen, my grandmother’s kitchen–this was a huge deal for me. I can’t stress that enough. It was huge.

My suggestion to you. Spend half a day figuring out what’s important to you. What do you want. Ask yourself over and over. I highly, highly recommend this. My life has completely changed since I found how much better I feel with the scent of cinnamon, butter, and sugar. I’m confident you’ll find yours as well.

And, if you ever want pie, reach out. I will treat to pie that doesn’t exist anywhere else in Japan.

Now, in September, Japan will start the fall season with "higan". This time, let's talk about "higan” and "gen katsugi".