Welcome to Grace Tsubaki’s gen katsugi!
Hello, everyone, this is me, Grace Tsubaki. Fall is right around the corner. It is a perfect time to do anything whether it be, art, sports, food, or reading. What is your favorite thing to do in the fall? Mine are autumn festivals, picking chestnuts or grapes.
Today, I am going to talk about gen katsugi that are unique to the month of October.

The month of October used to be referred to as kannazuki which translates to a month without gods. The reason why is that it is the month when all gods gather at Izumo Taisha in Izumo, currently known as Shimane for a yearly meeting. Interestingly, in Izumo where all gods go to, the month is called kamiarizuki which translates to a month with gods. 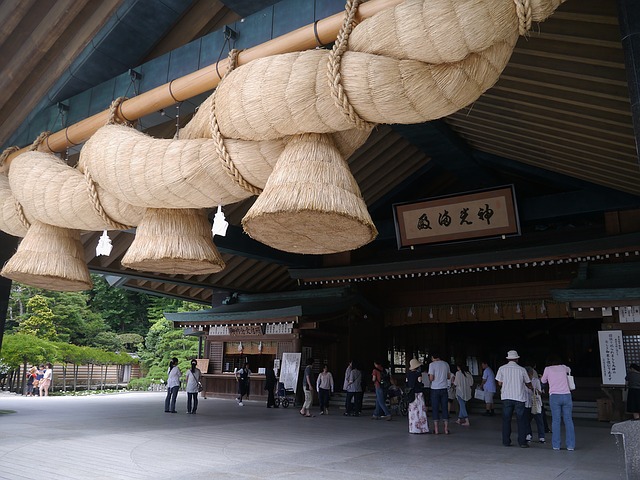 In this meeting, gods discuss matters what will happen to humans including who meets who in the future. For this reason, it is a wonderful opportunity to go to Izumo this month because all spiritual powers the gods may bring are worth the trip in itself in order to tidy up your surroundings.

In addition, at the neighboring Soganoyashiro shrine, you can take home holy sand to get yourself of its spiritual powers.

If you haven’t made your mind up about where you want to travel this month, Izumo definitely should be on your list.

In Japan, with its varying climates over a year, people have traditionally been through wardrobe change commonly known as koromogae twice a year on the first days of June and October.

Koromogae can give you a lot of opportunities for gen katsugi.

Before going through koromogae, you must wash all your clothes from the previous season so that all bad spirits of the past will not prevent you from good fortunes. Likewise, you should hang or spread the clothes for the new season so that they can absorb some good spirits before you put them on.

Some clothes can fit into any seasons but even then they have absorbed feelings of the time and seeds for future troubles. That’s why you should make sure to wipe that off with your hands or a brush before putting them on or after taking them off. 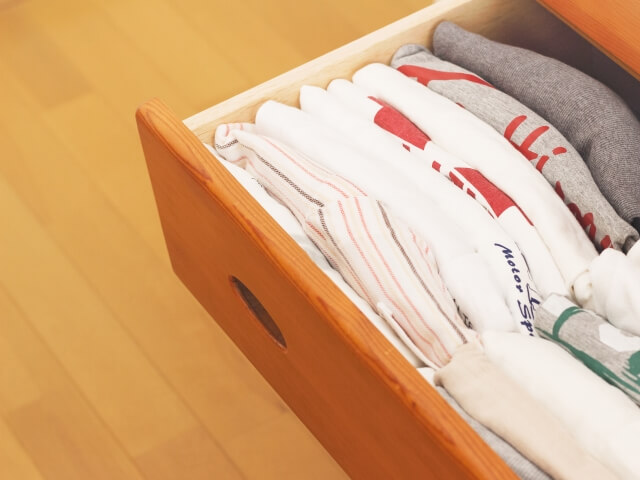 At Ise Jingu in Mie Prefecture, every year on 15th May and 14th October, people offer rolls of silk and hemp as well as needles and threads to Amaterasu (goddess of sun). This ceremony is called “kanmisosai”
Generally, this has been perceived as gods’ koromogae. However, other sources tell people wished to empower gods by offering them new clothes.

We can also take koromogae as a chance to get new powers and always make sure to keep fresh air in your closet in order to prevent bad spirits from growing there.

Have you heard of “doyo no ushi no hi”?

Doyo refers to the eighteen days before risshun, rikka, risshu, and ritto respectively referring to the beginning of each season.

These periods are when people are often likely to get sick or go through hard times for other reasons because this is the period of instability over the change of seasons. 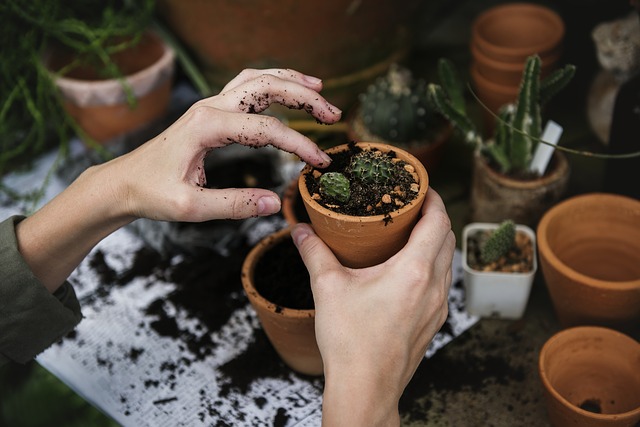 During doyo, people are under the rule of dokujin who is believed to be the god of soil and it has been said that you must not dig up soil. Having said that, you cannot leave your fields for eighteen days, can you?
To be precise, there are some days during doyo when dokujin becomes absent called mabiand some people plow their fields on those days.

It is considered as one way to practice gen katsugi by not working the soil during doyo. Even when you have to, pick a mabi to do so.

For this moon festival, people offer seven flowers of autumn and moon dumplings. What helps your gen katsugi is Japanese pampas grass which is one of the seven flowers.

Japanese pampas grass has perceived as an alternative to the ears of rice plants which are believed to host gods and served a similar purpose deterring bad spirits. In certain areas of Japan, there still remains a custom where people hang pampas grass after the moon festival.

Other than that, people may choose to offer other crops or fruits but amongst them, grapes or other plants with vines are believed to attract better fortune because they connect each other,
Maybe you want to do the same hanging plants with vines so that you can yield better luck.

In October 2019, Japan holds the enthronement ceremony of its newly crowned emperor which makes it an even more special month. Something like this hardly happens and if you are looking for a change in your life, this may be a good opportunity to try new gen katsugi. I am wishing all the best for you and I’ll see you all again next month.

Hyakunin Isshu Karuta is a traditional card game of Japan.KAWADA CO. LTD is releasing English translation of this game “WHACK A WAKA” in July 2019 in order to make this game a more popular one in the world.

[Horoscope] Grace Tsubaki’s Advice for the Month of September 2019 – Your Fortunes for General, Work, Money and Romance

Grace Tsubaki, famous for numerous horoscope methods including “Business Warlord Horoscope” is now on Model Bible. Let’s see how your stars are looking for the month of September 2019.